Lincoln Cochran, Greenwood Community member, artist, educator and historian has undertaken a “labor of love” and created a living timeline that chronicles over 100 years of Greenwood and Black Wall Street history. The Marvin Blades Faces of Greenwood Timeline Experience brings a new perspective to the site of the 1921 Tulsa Race Massacre.

There is a time machine in Tulsa, Oklahoma.

A corridor connecting a dozen businesses in a building on the historic Black Wall Street has been transformed into a museum-worthy exhibit. The Marvin Blades Faces of Greenwood Timeline Experience showcases hundreds of newspaper articles, advertisements, maps and other artifacts on symbolic green walls. The historical kaleidoscope shows the joy, pain, trauma and resilience of the Greenwood community.

“Some of it is horrific, some of it is beautiful, but most of it is both,” said Lincoln Cochran, the creator of the exhibit, referring to early 20th-century advertisements displayed on the walls as “poignant.”

Cochran is an artist and historian who seeks to tell a more comprehensive history of Greenwood and the Tulsa Race Massacre. The exhibit is a visually immersive experience running through the remainder of 2021.

by By Devin Williams | Next Generation Radio | Oklahoma Newsroom | April 2021

“This is such a place of excellence that when you look at it, in view of this timeline, as just a beginning or a starting point, you really see (Greenwood) in the totality of what it was and what it is and what it can be,” Cochran said.

In the Timeline, there are photographs of charred businesses and homes. Cochran himself recounts seeing photographs of burned bodies of Black Greenwood residents in the streets.

But he says “that is not the whole story.”

Cochran leads visitors through photographs. One such collection shows citizens of Greenwood in the 1920s driving motor vehicles, proudly posed in front of their property and dressed in formal attire as they leisurely go about their day to day activities.

“This is just one year after the massacre and you look at the images and you see Greenwood being rebuilt…the smiles, the calm on these people’s faces is just transformative,” Cochran said. “I can’t tell you as an educator how many times I look at minorities in history and they look so pained. You know, we all look so worn. And that’s not to say that life was not hard then, because it was much harder than any of us really imagine today.” 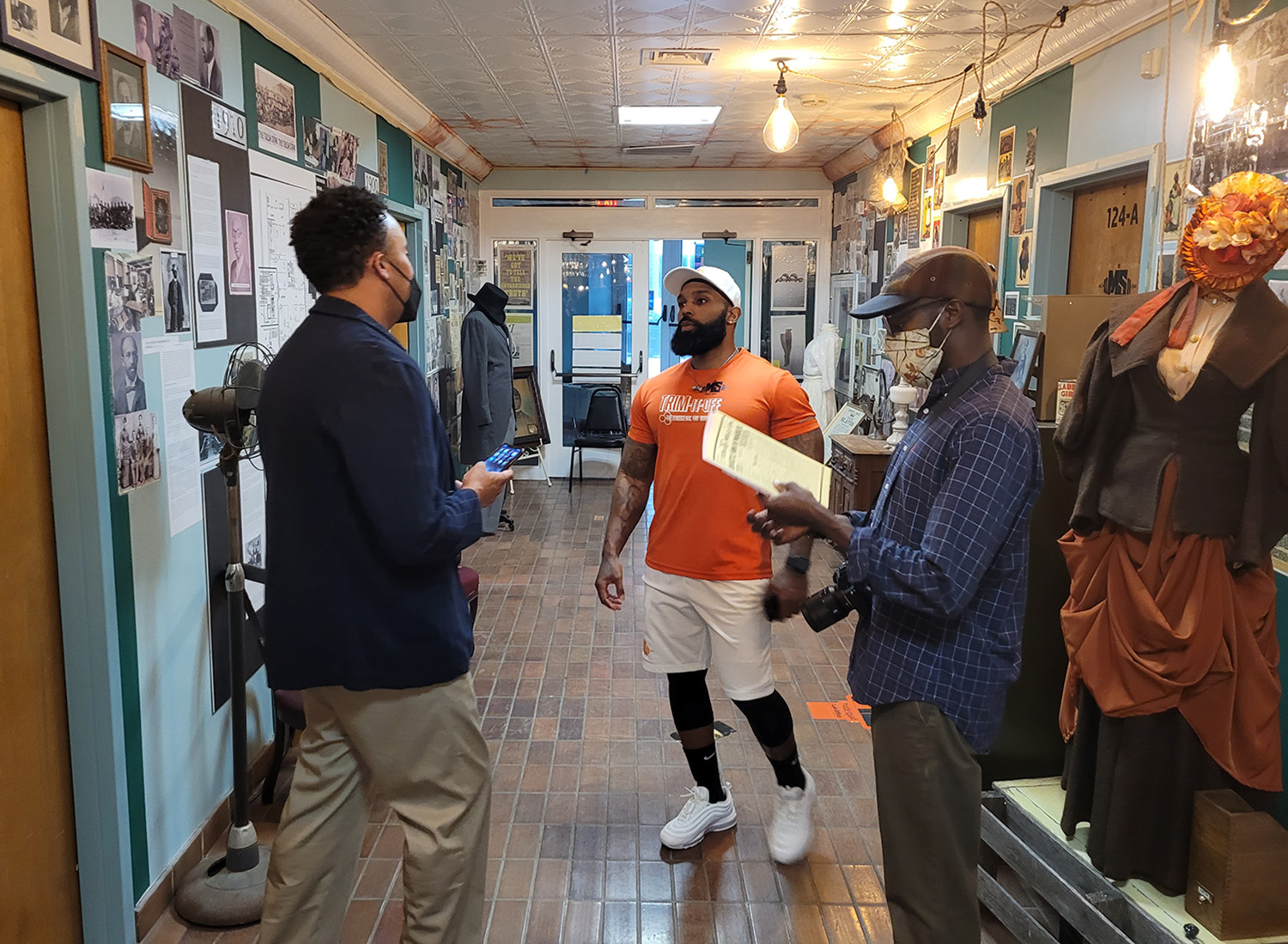 Cochran’s project began with Marvin Blades – a former police officer and highly respected member of the North Tulsa community. Blades was also a local Greenwood historian. He collaged photos, documents and other memorabilia of life in Greenwood before and after the Tulsa Race Massacre.

Blades died in 2016 and his wife donated his 18 collages to the Greenwood Chamber of Commerce. They sat in a storage facility until Cochran found them last year.

“So I took said collages,” Cochran said. “I cut them apart. I added 2,000 photographs. I added costumes from each period and I spread it out in a thousand square foot hallway that covers 1895 to 2020. And it was a labor of love for me because this was at the height of (COVID-19).”

Cochran says he is retelling Greenwood’s history with help from many members of the community. The timeline starts with the area’s founding in 1890, moving through the 1921 Race Massacre and into the present day.

“You know, it’s not about connecting with the violence. It’s about knowing that the violence was a part of a systematic effort to oppress,” Cochran said.

Cochran has carried Black Wall Street and its history with him his entire life. Greenwood is his home. He went to Emerson Elementary School as a child and he graduated from the historic Booker T. Washington High School – an institution that predates the massacre.

“I would say at (Booker T. Washington) we were in a unique position because we were taught the basics of history and that in of itself was controversial, ” Cochran said. “There are very frank accounts of overt and covert racism that were perpetrated against the people who lived here.” 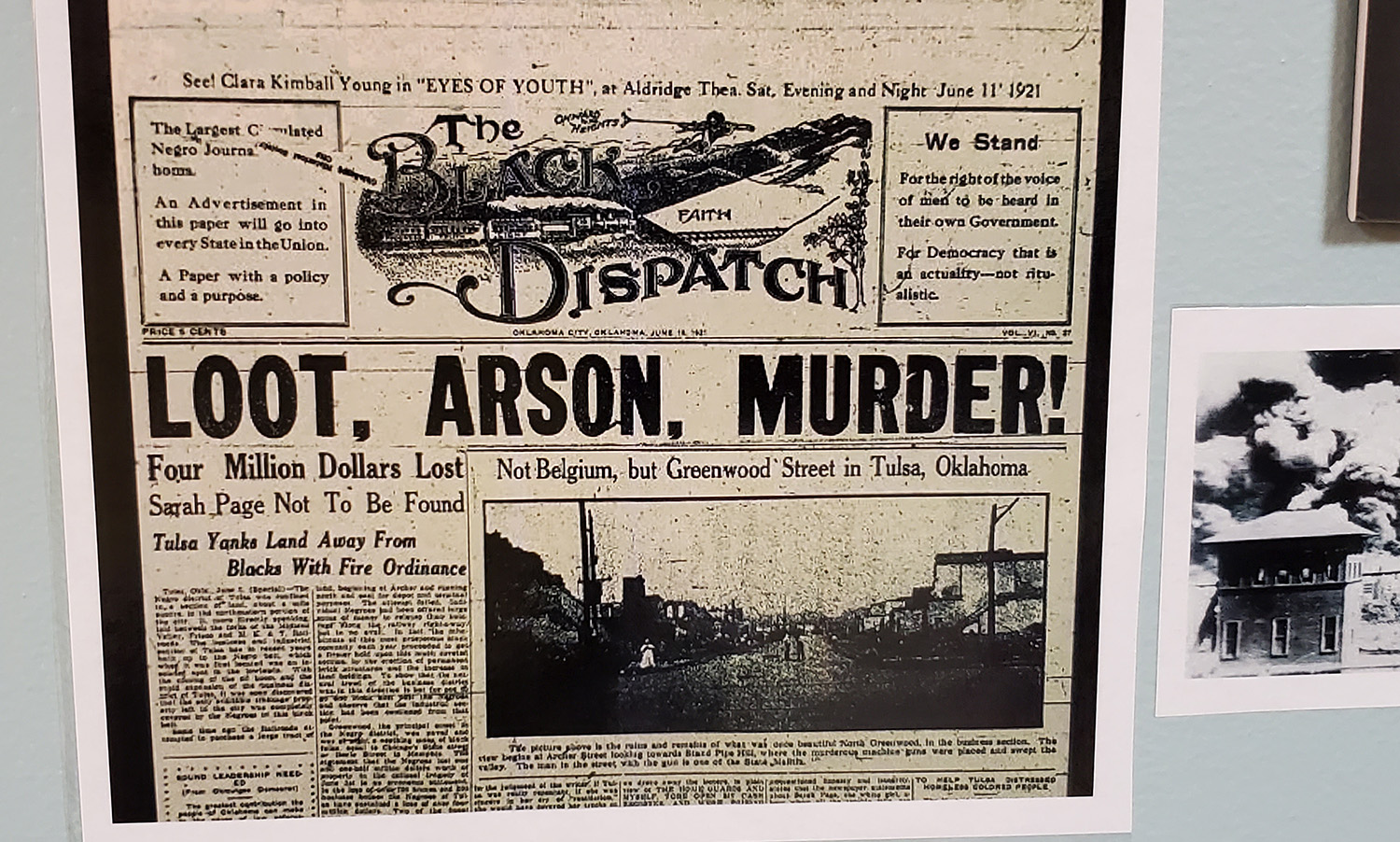 Left: An article from The Black Dispatch June 11, 1921 details the four million dollars lost during the massacre. Right: Two unidentified women pose in front of reconstructed buildings in 1922, showing the resilience of the Greenwood community. 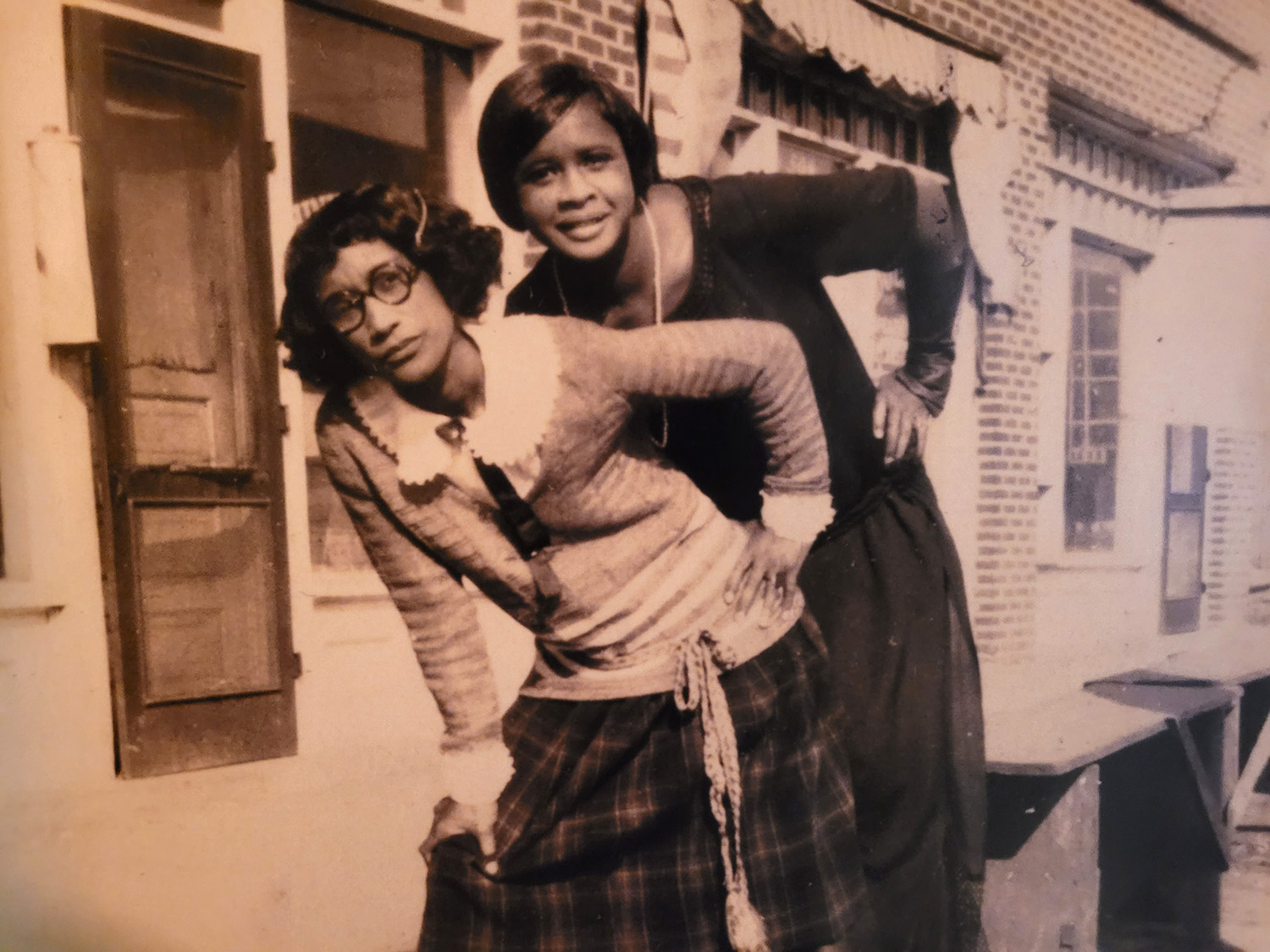 He speaks about how one year after the massacre, Greenwood was completely rebuilt and experienced a financial and cultural renaissance during the 1940s and ’50s. He speaks about eminent domain and how decisions made by the city of Tulsa crippled Greenwood. Mostly he speaks about honoring the past.

“For years we would come to Black Wall Street and we would visit these businesses and a lot of our students would connect, of course, and they would buy things,” Cochran said. “But that would be the extent of, you know, their real connection with history.”

Beyond the trials and obstacles faced by Black Wall Street and the descendants of the 1921 Tulsa Race Massacre, Cochran highlights a less prominent story of Black resilience and prominence.

“What they were missing was the fact that this is such a place of excellence,” Cochran said.

Cochran’s goal is that visitors develop a “fuller perspective” of Greenwood, using the facts presented in the Faces of Greenwood Timeline Experience.

“It’s just us learning from that tragedy and growth and excellence and experience that we can do it and so can every generation. After there’s nothing stopping you …  I believe it is a key to our future,” Cochran said. 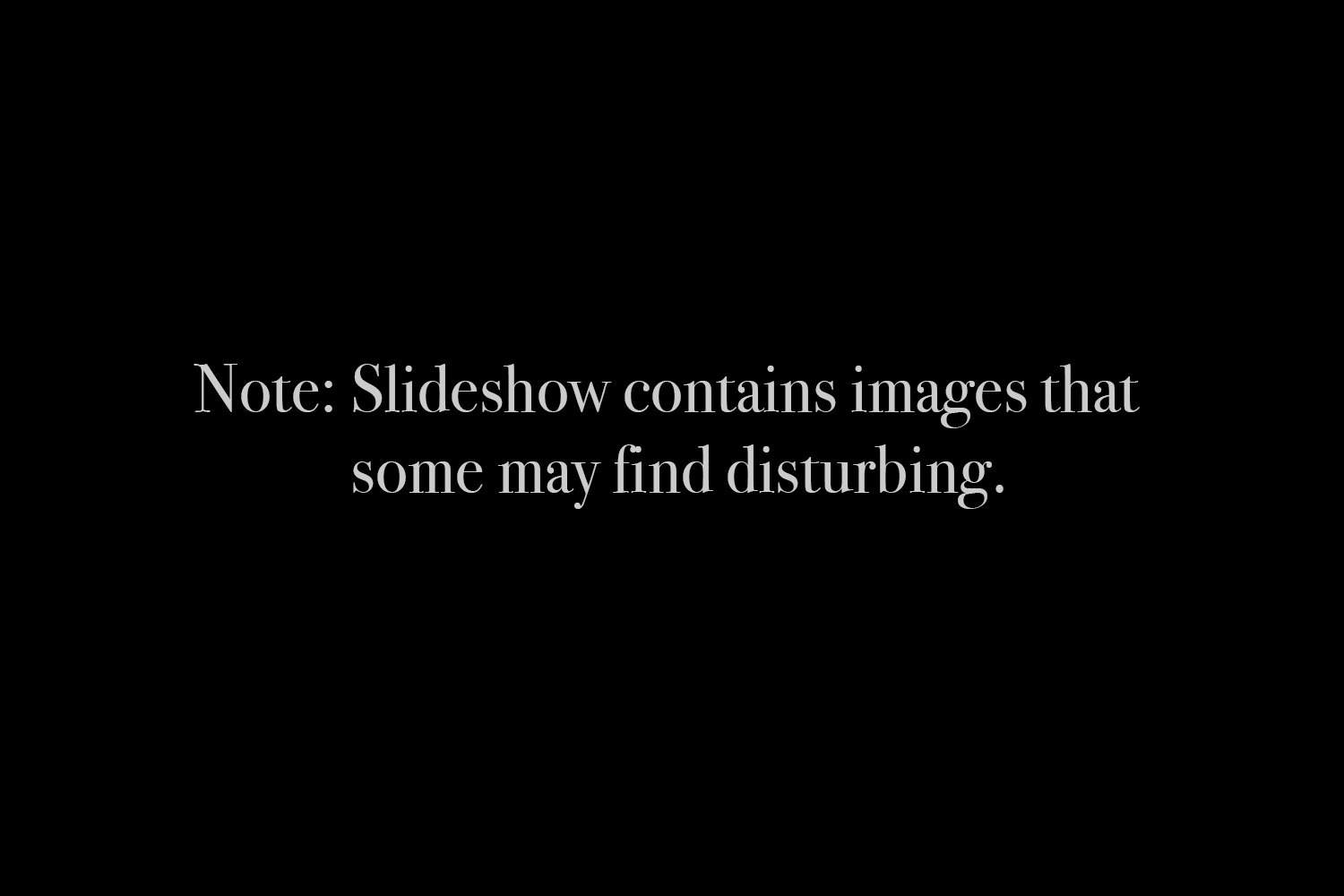 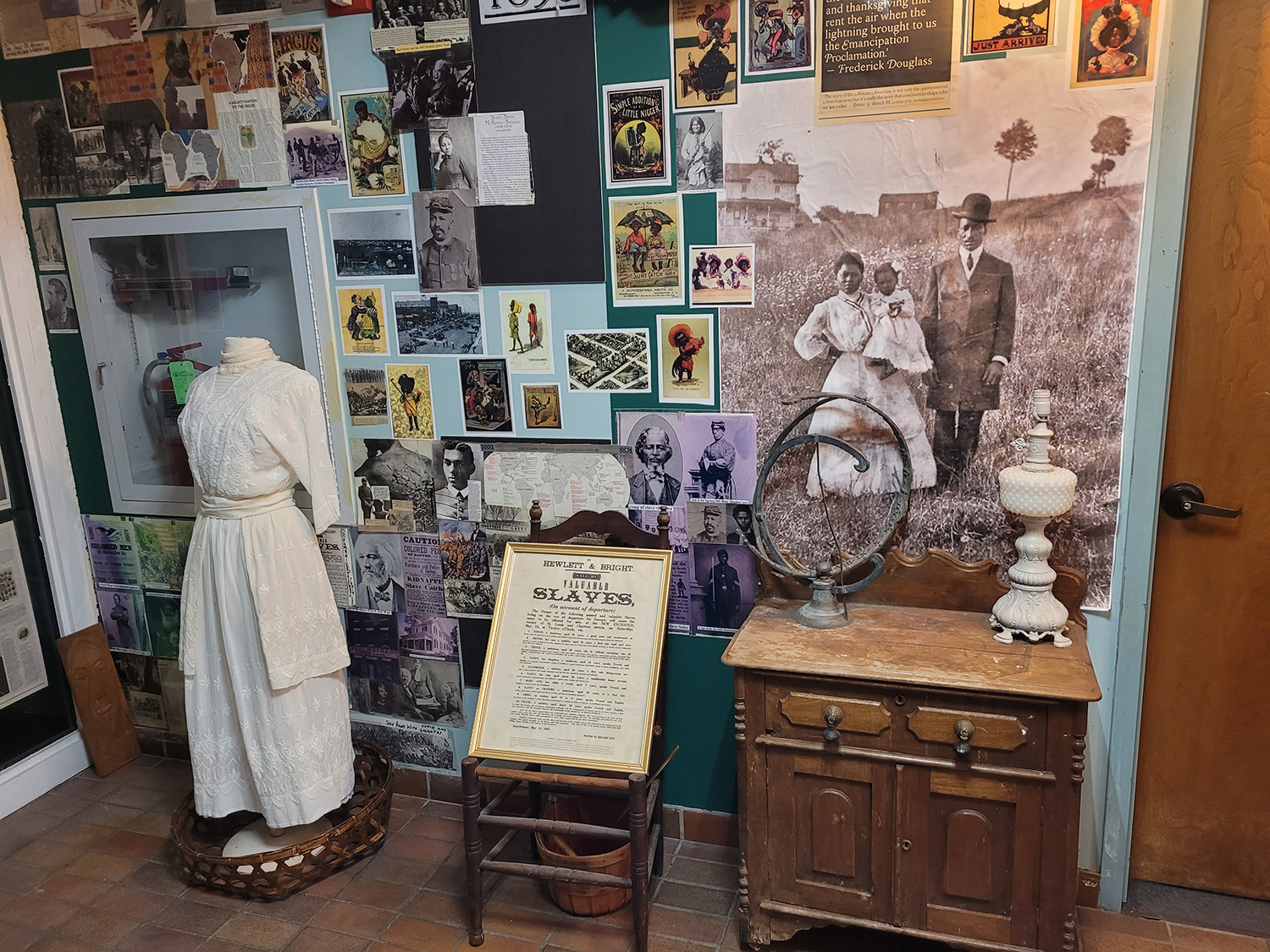 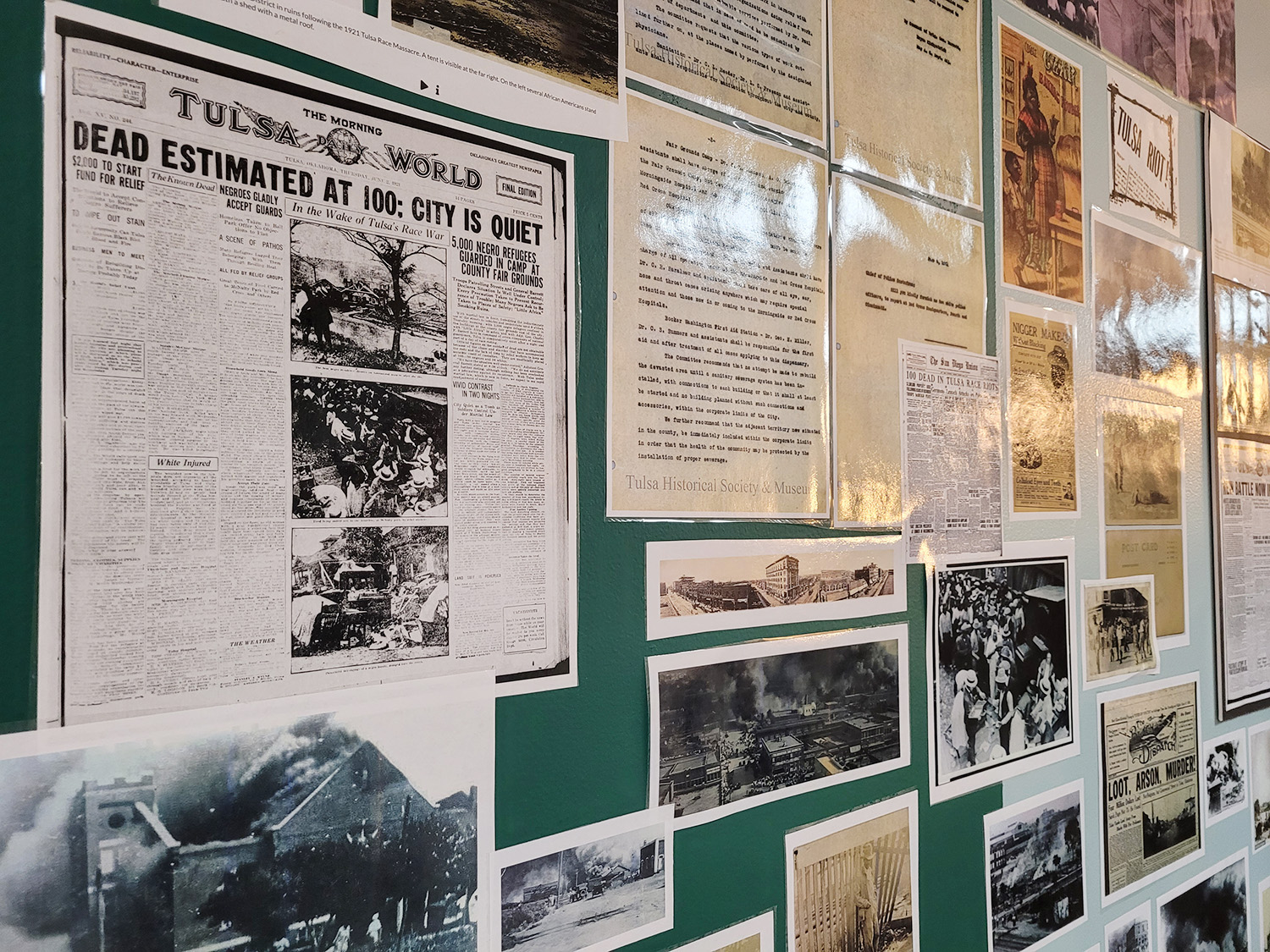 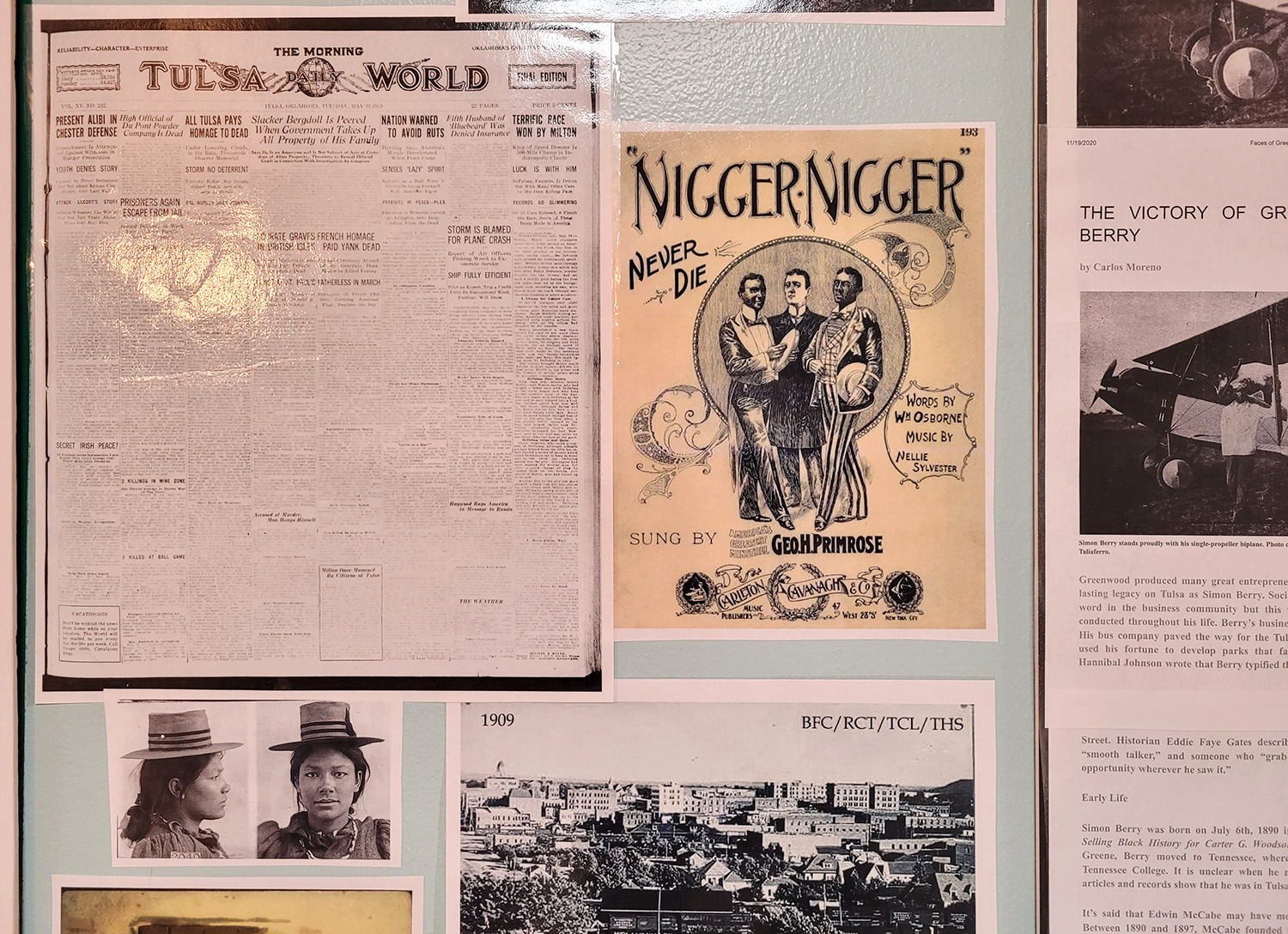 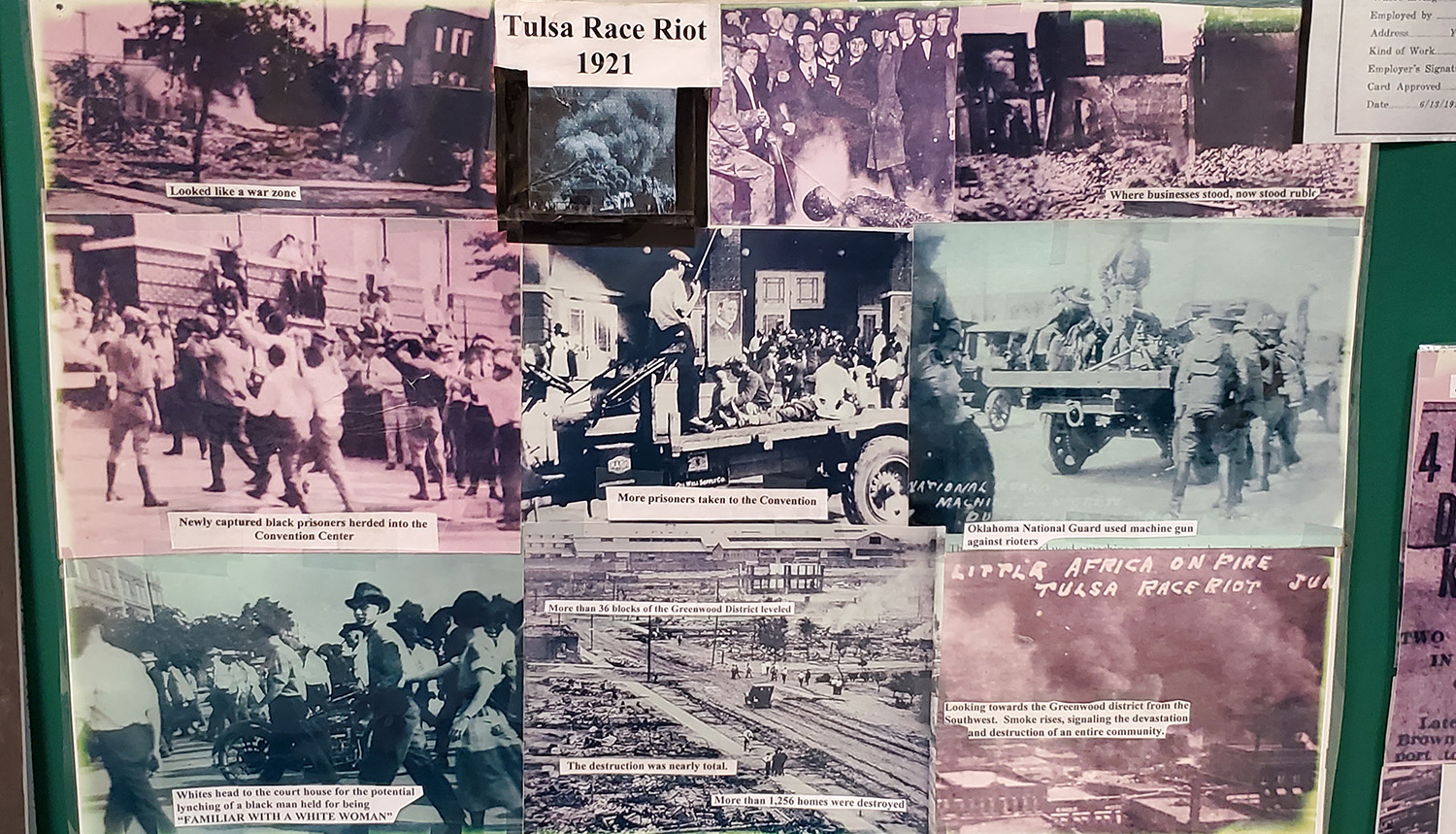 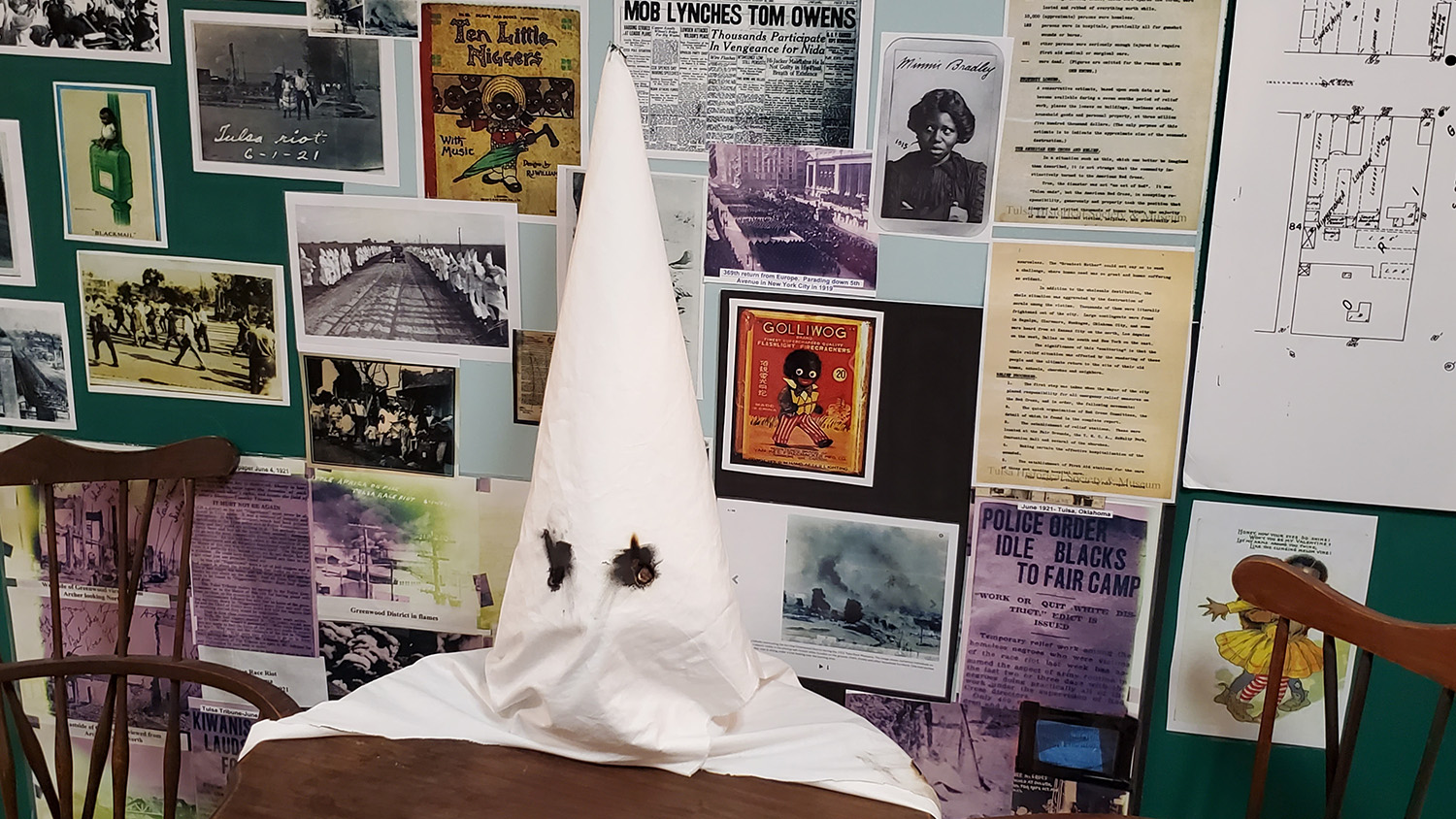 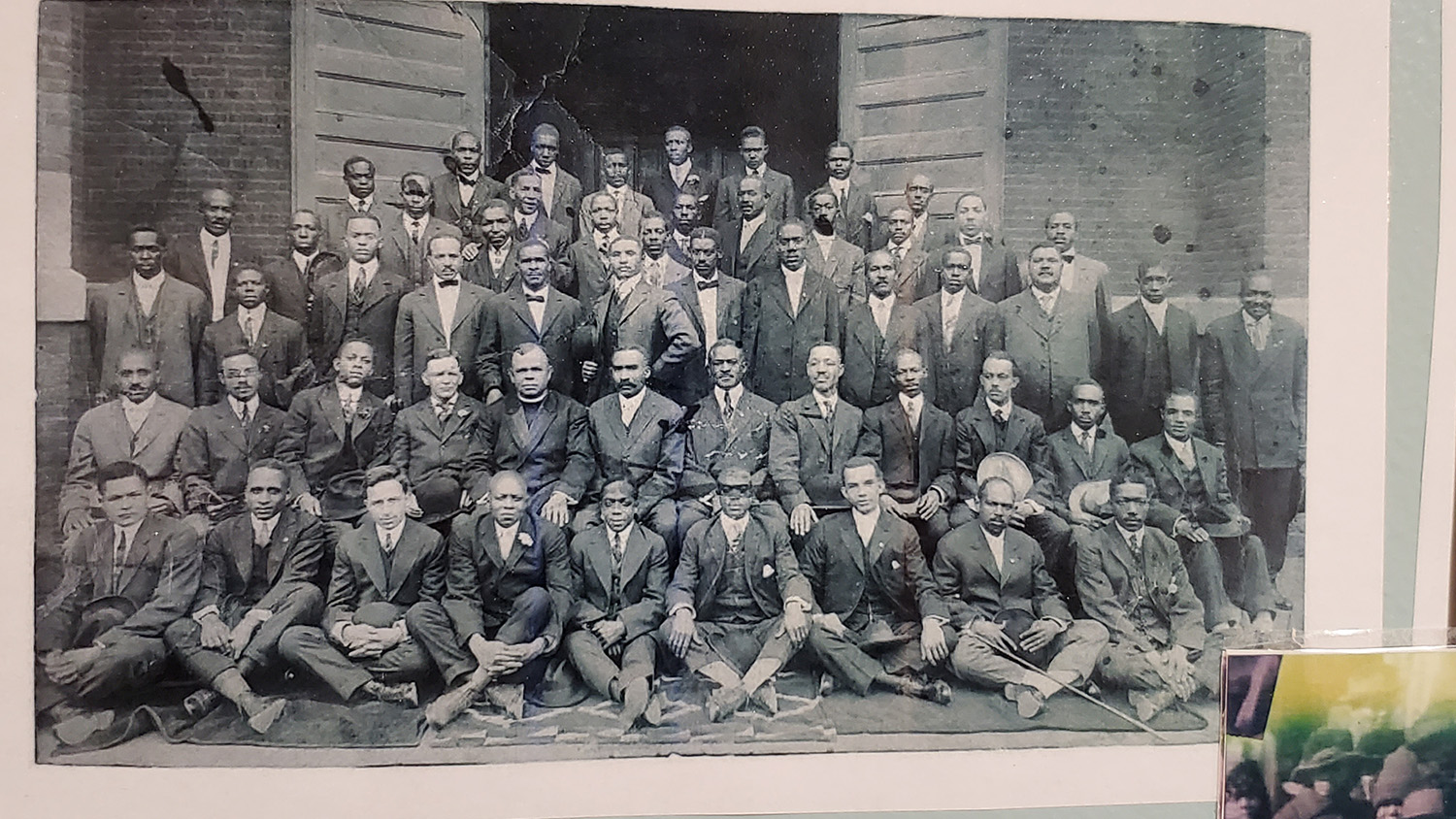 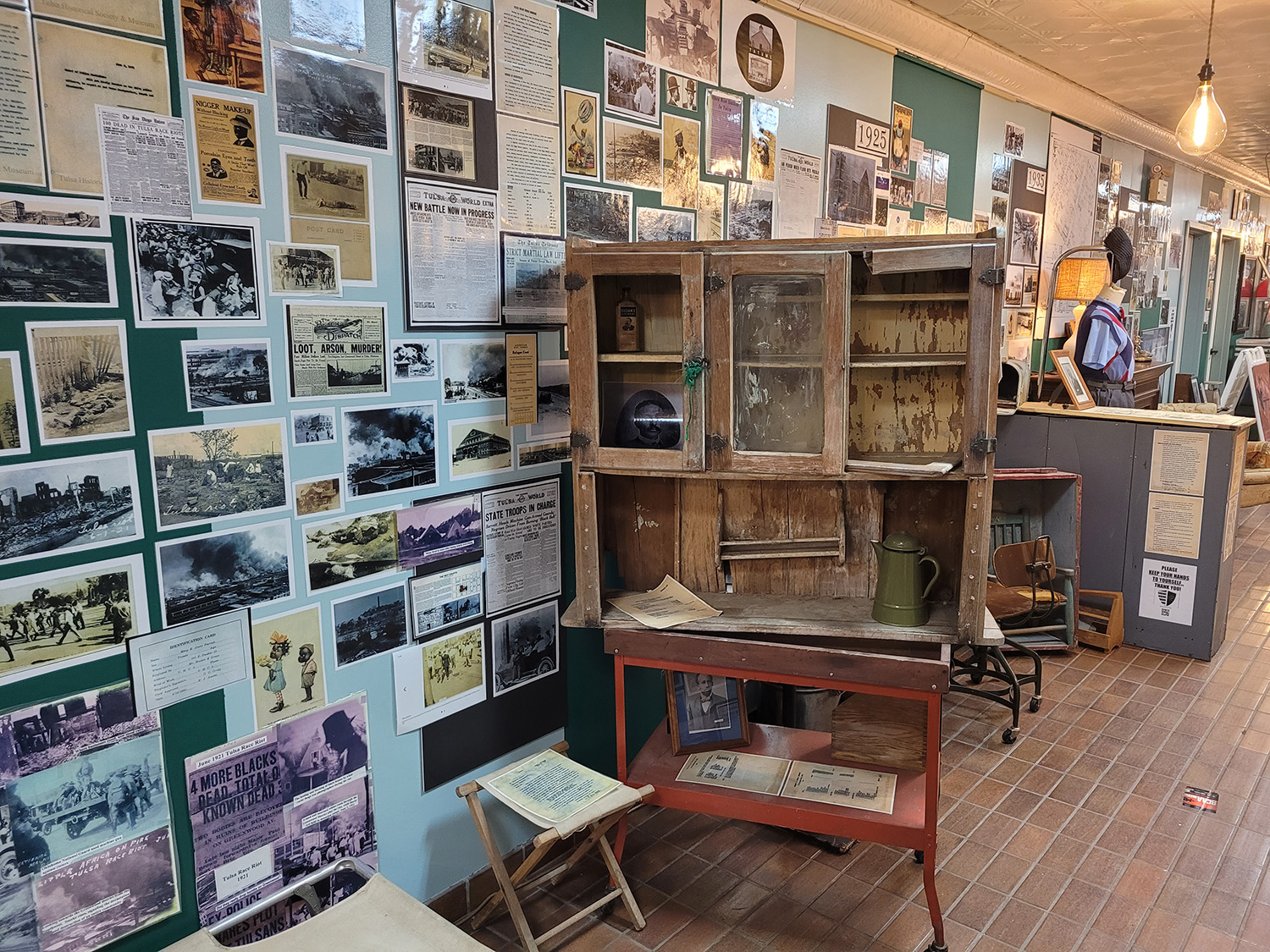