The historic Vernon AME Church is one of the only buildings in the Greenwood District that withstood the 1921 Tulsa Race Massacre. The Rev. Robert Turner devotes his time restoring the chapel, which is now at the forefront of a fight for reparations.

With a Bible in one hand and a bullhorn in the other, the Rev. Robert Turner begins with a prayer, then leads a dozen people through Tulsa’s Greenwood District. He recites scriptures while stopping at plaques in front of gentrified buildings where Black businesses once stood.

Turner has the words on each plaque memorized, along with an elaborate history of when the area was destroyed 100 years ago by fires and an angry white mob. He stops at each site, remembering what was and describing what could be.

Turner is the head pastor of the Vernon AME Church. The church, on the edge of Greenwood, is one of the only buildings to survive the 1921 Tulsa Race Massacre. During the massacre, Black residents, including women and infants, crawled through the only window in the chapel’s basement and hid behind the indestructible concrete walls. 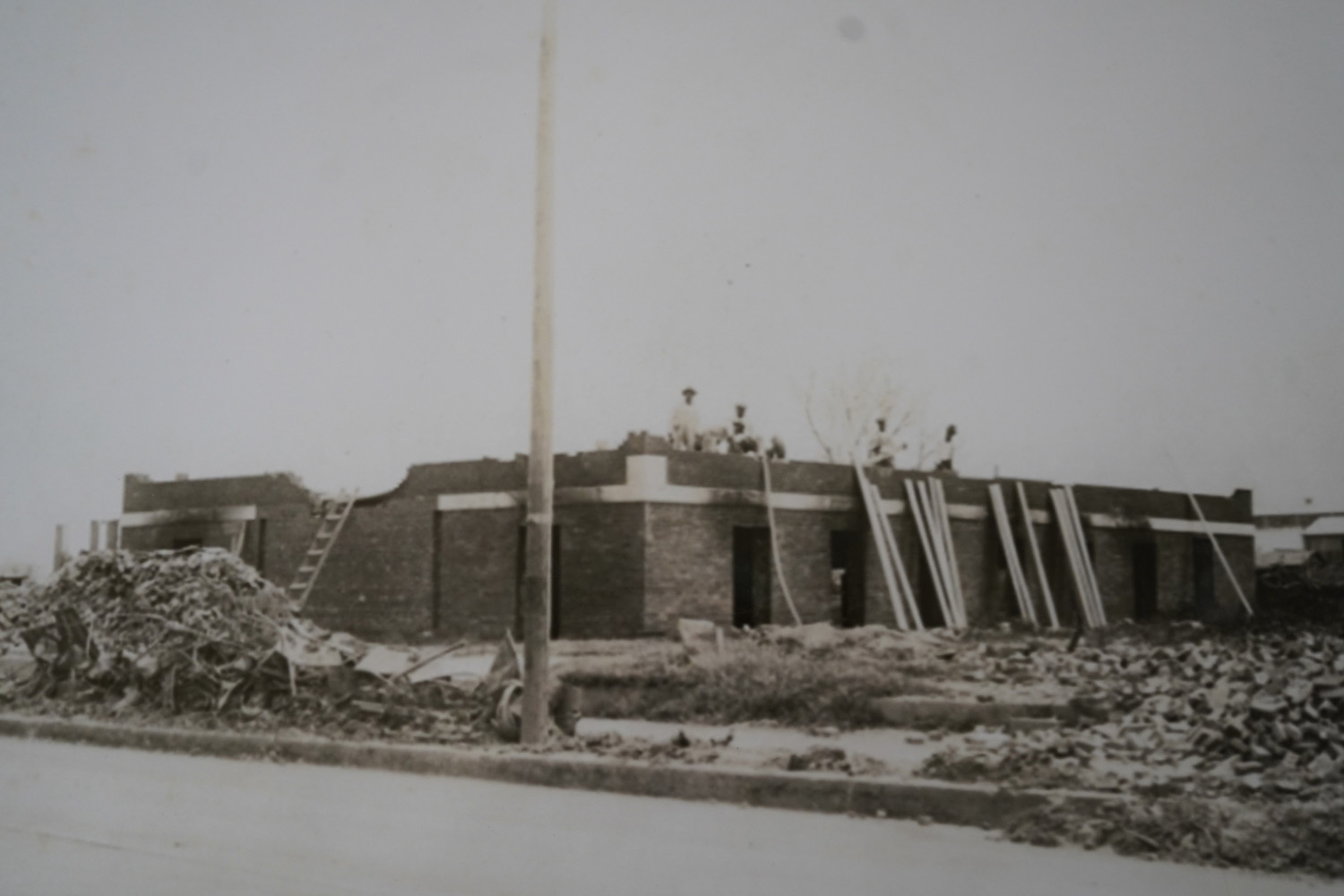 The Vernon AME Church was one of the only buildings not completely destroyed after white mobs set Black businesses and homes on fire during the Tulsa Race Massacre on June 1, 1921. (Photo courtesy of the Rev. Robert Turner)

“It’s like Tulsa’s own stop on the underground railroad, which was used to send people to freedom,” Turner said. “This was used to keep people alive.”

The Rev. Turner didn’t know he would lead the church until the day before he arrived. Although he has always considered himself a spiritual man, he fought his calling to ministry for years.

“I know that when God is trying to get me to do something, nine times out of 10 it is something I don’t want to do,” he said. “So I fight.”

Turner was trying to decide between his mentor’s advice to go to law school and a feeling he was actively resisting — to become a preacher. So, he did what he often does in moments of doubt: He prayed. He wouldn’t have to wait long for an answer. As soon as he stood up from kneeling, he got a text from a friend about a church in need of a preacher.

“I just finished praying and saying ‘yes’ to God, right? And barely two seconds later, I look at my phone and I have the question that I just gave the answer to,” he said. “And so I just reply back, ‘Yes.’”

So in August 2017, Turner left his educational work in Selma, Ala., and headed to Tulsa.

Turner has devoted his time to preserving what is left of the church basement and said he plans to reestablish the exterior wall as a place of prayer, similar to the Wailing Wall in Jerusalem.

But he is most known for his weekly social justice demonstrations. Every Wednesday for the past three years, he has conducted a city-wide protest, urging Tulsa’s City Council to pay reparations to people who survived the race massacre and their descendants.

“There is no expiration date on morality,” he said on a recent Monday afternoon. “And just because it happened a long time ago does not negate how sinfully wicked it was. I try to speak up for those people, especially those who cannot speak up for themselves.”

The Rev. Turner is calling for direct payments and scholarships to survivors and their descendants, a business incubator, an official memorial for the bodies found after the massacre, and, most importantly, a criminal investigation.

“I’m all for healing, but I think a part of healing is justice. And when any community feels as though their life is not seen as equal to the lives of others, it will be hard to have healing,” Turner said. “When crimes happen against us, they should be investigated.”

Turner expects the city to announce reparations by the 100th anniversary of the massacre this June, but that doesn’t mean he’ll stop his weekly protests.

“Until God tells me to stop, I’ll keep raising my Bible and bullhorn,” he said. 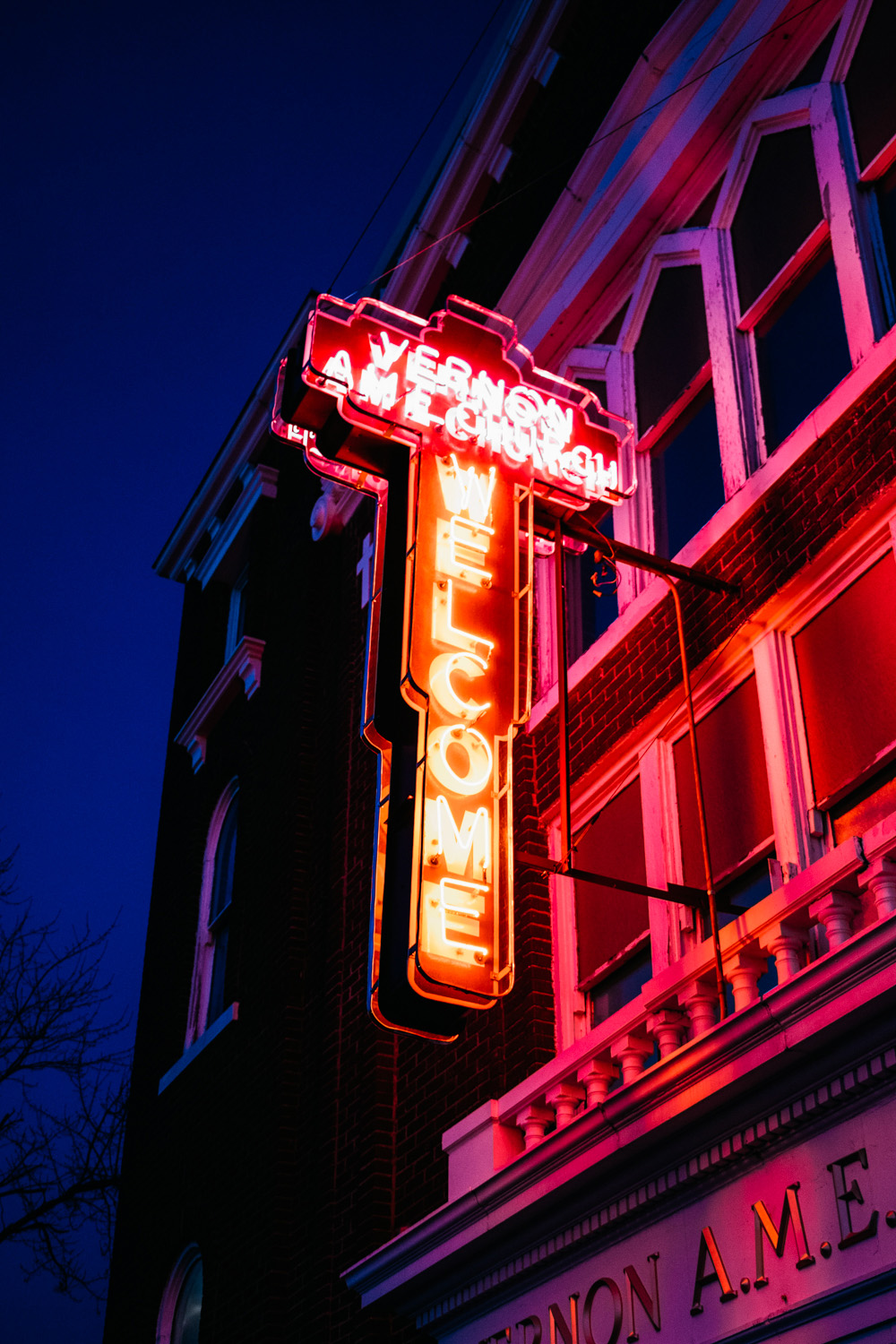 The landmark church was rebuilt after the massacre and completed in 1928. (Photo courtesy of Nate Cheatham) 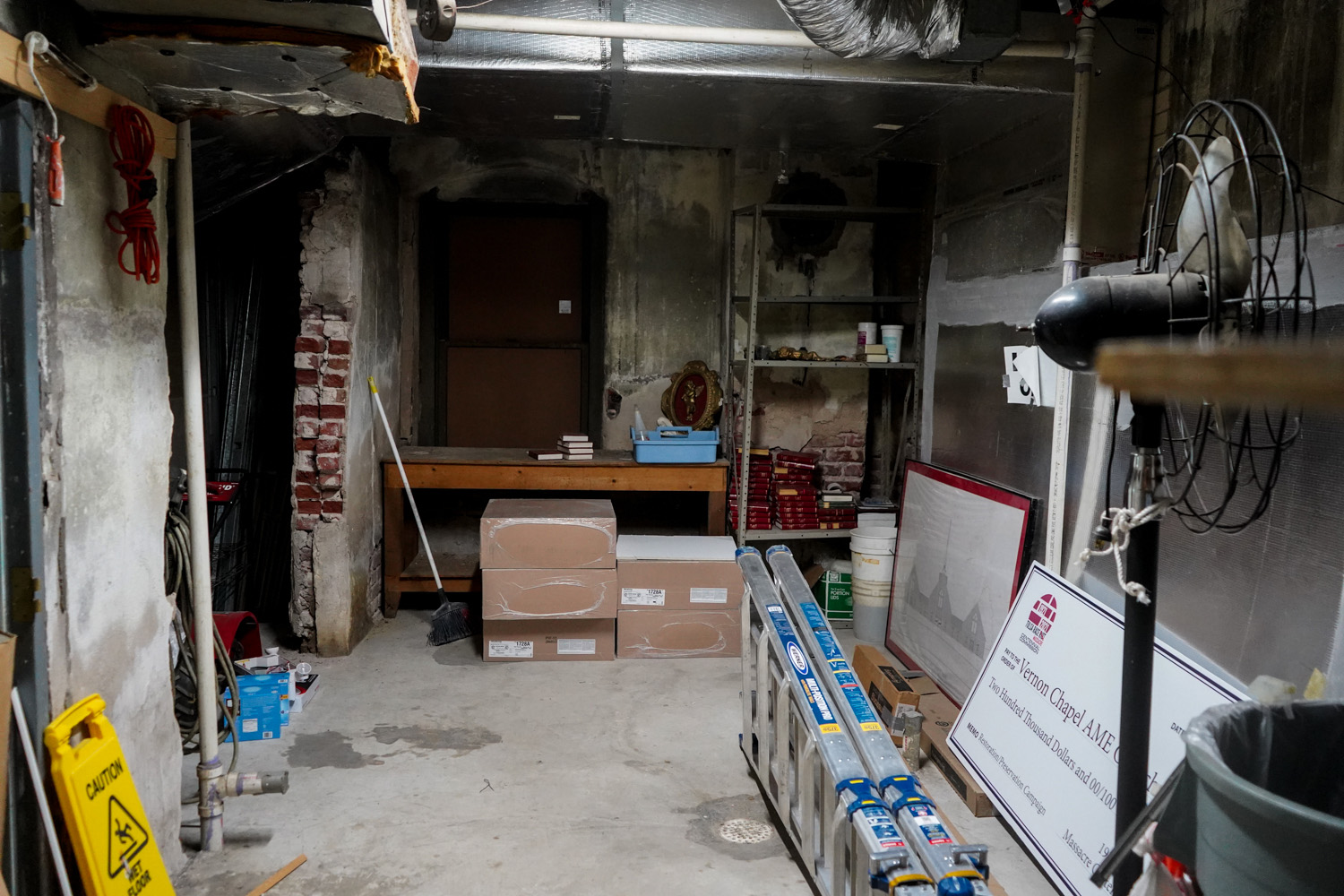 The Rev. Robert Turner is preserving the remains of the church basement where people hid during the massacre. (Photo by Destinee Adams) 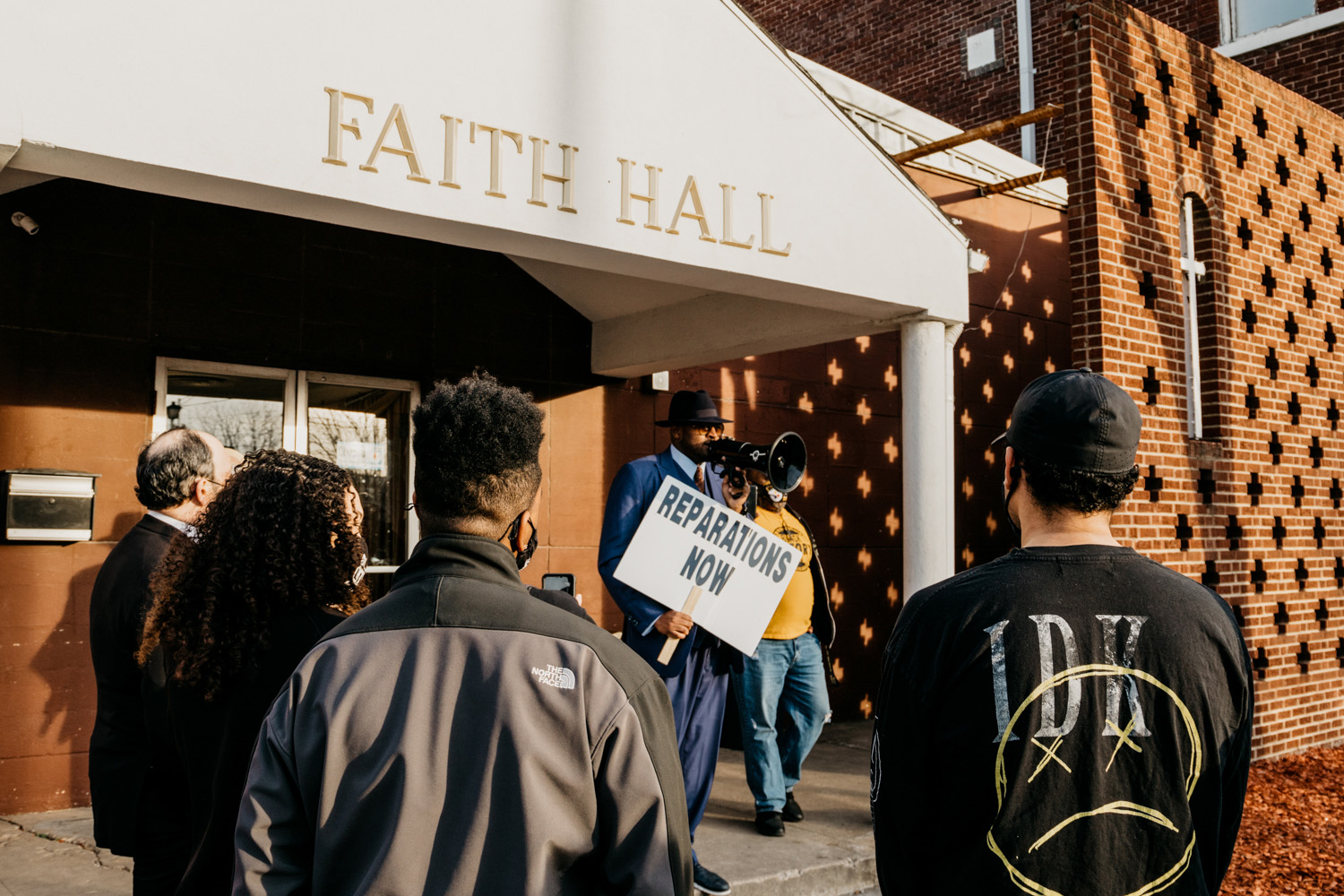 The Rev. Turner speaks to protesters before a march in February. Every Wednesday, he leads a march through Tulsa’s Greenwood District, urging the City Council to order reparations to massacre survivors and their descendants. (Photo courtesy of Nate Cheatham)